Illustrating customs of the Americas through the art of creative writing

December saw our one-month exploration of the “Intercontinental Carnival – the Americas” come to a spectacular end. This carnival culminated with our Chinese teaching division conducting a series of project-based learning activities in each grade. Projects were geared towards our central theme of illustrating customs of the Americas through the art of creative writing. Throughout the month of the carnival, students explored the rich and diverse civilizations of the Americas and got an all-round feel for the unique charm the Americas possess.

American mythology: myths through the eyes of a child 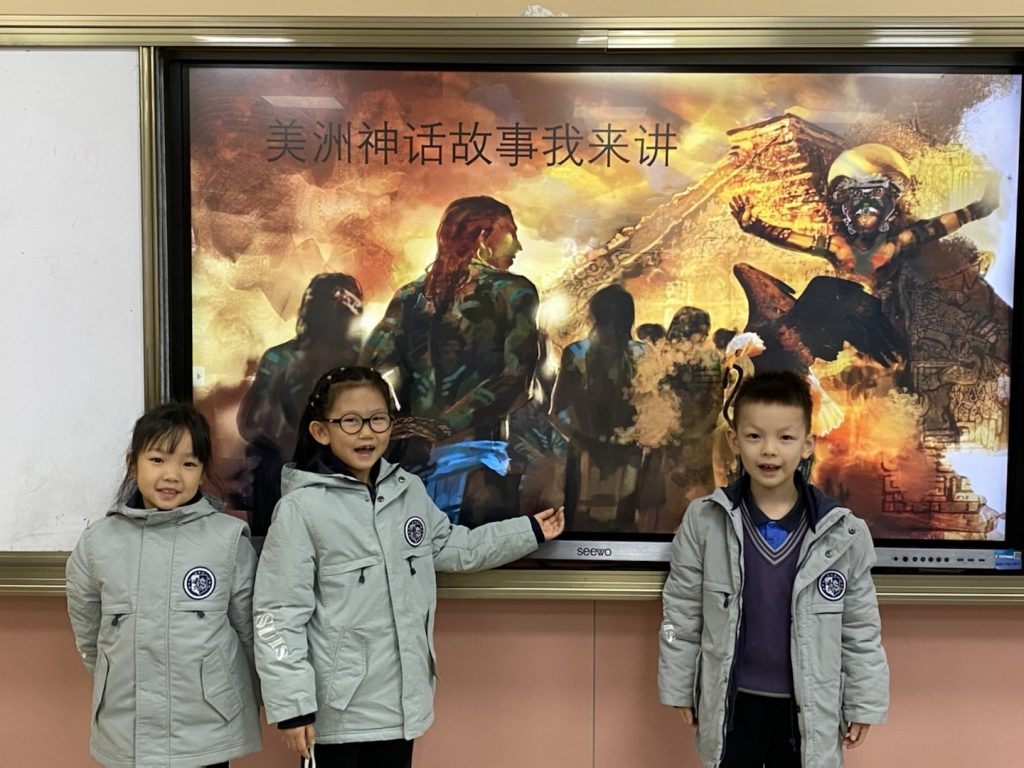 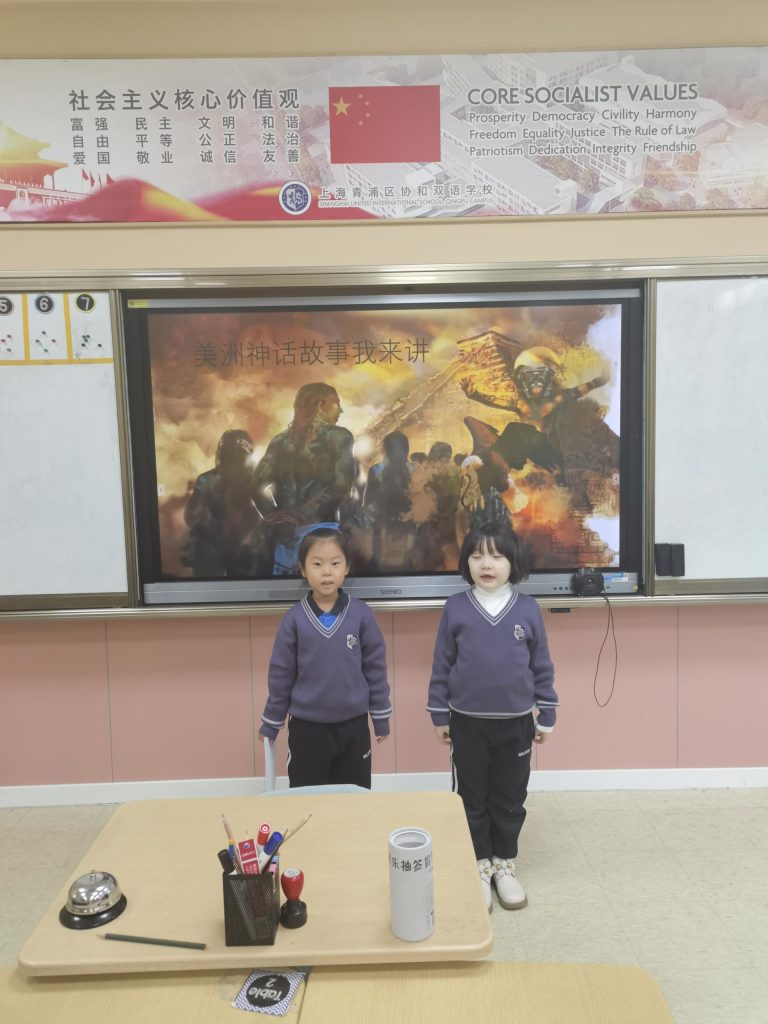 Grade 1 students read classic fairy tales originating from a diverse number of countries, such as the American fairy tale ‘Coyote Divinity’, the Canadian fairy tale ‘Conquering the Wind God’ and ‘The Birth of the Sun and the Moon’, a fairy tale originating from Mexico. The whole process helped strengthen our students’ understanding of culture, literature, and humanities, providing the opportunity for comparison and analysis between myths from the Americas and Chinese myths, and sparking further interest in these areas. 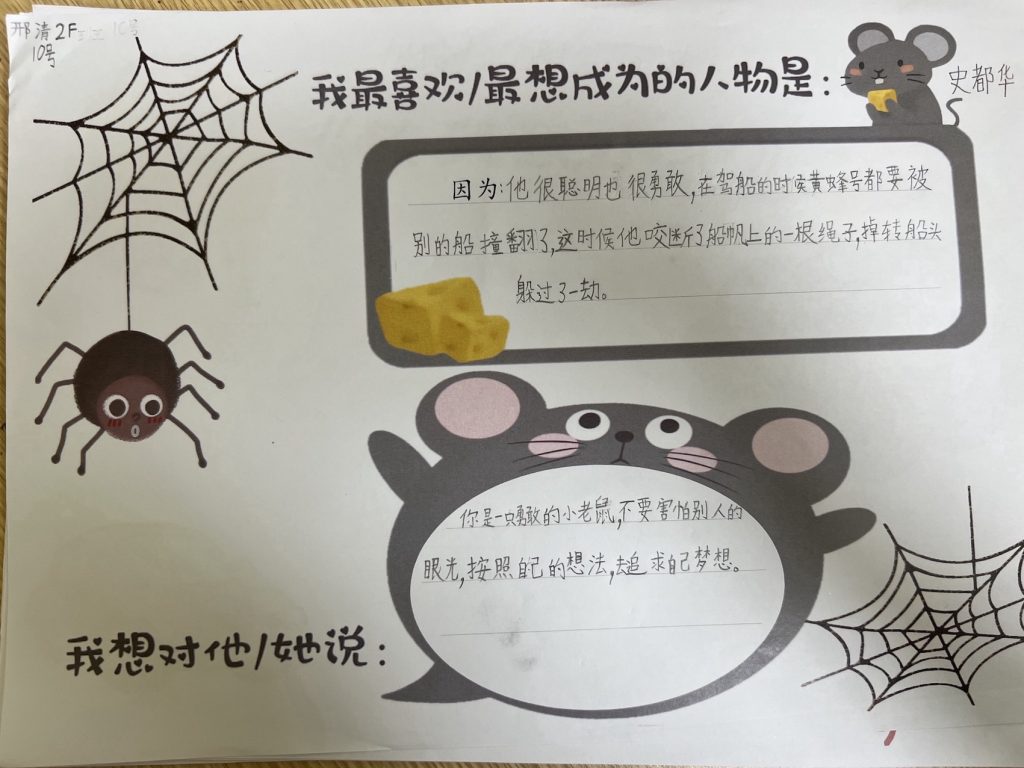 Grade 2 students explored two classic pieces of literature, ‘Little Brother Elf Mouse’ and ‘Charlotte’s Web’, from the famous American writer EB White. Here, students examined EB Whites’ background and became familiar with American society during the Industrial Revolution. In addition to this, they improved their knowledge of the purpose and structure novels and were able to analyze characters within the novels.  They also developed a love for the wonderful world of chapter books. The finale in this unit involved students using their imagination to craft their own ending for these two novels. 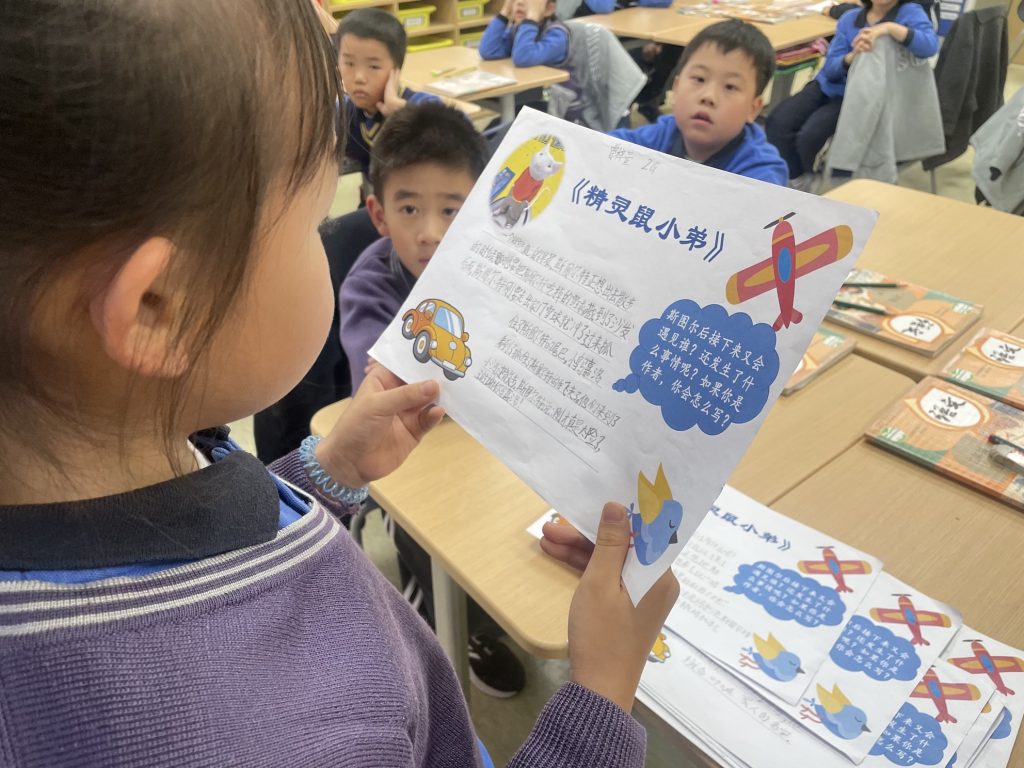 Third-grade students ‘travelled’ to South America where they made a variety of South American dishes, and in doing so they tasted unique food and developed a taste for South American cuisine. In class, they watched one of many South American Carnivals, enjoying the experience of listening to local singing and watching local dancing. Later, they delved into South American poetry and in groups explored traditional festivals. In this series of activities, children fostered an understanding of the local foods, literature, and culture pertinent to South America, thus expanding their international horizons. 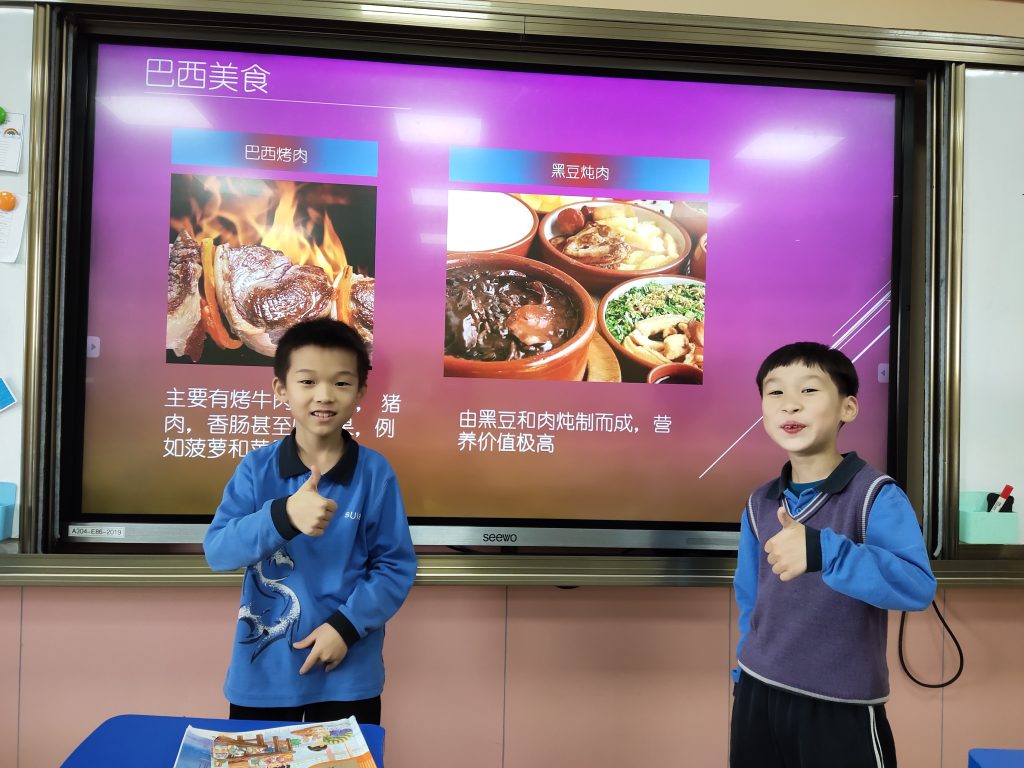 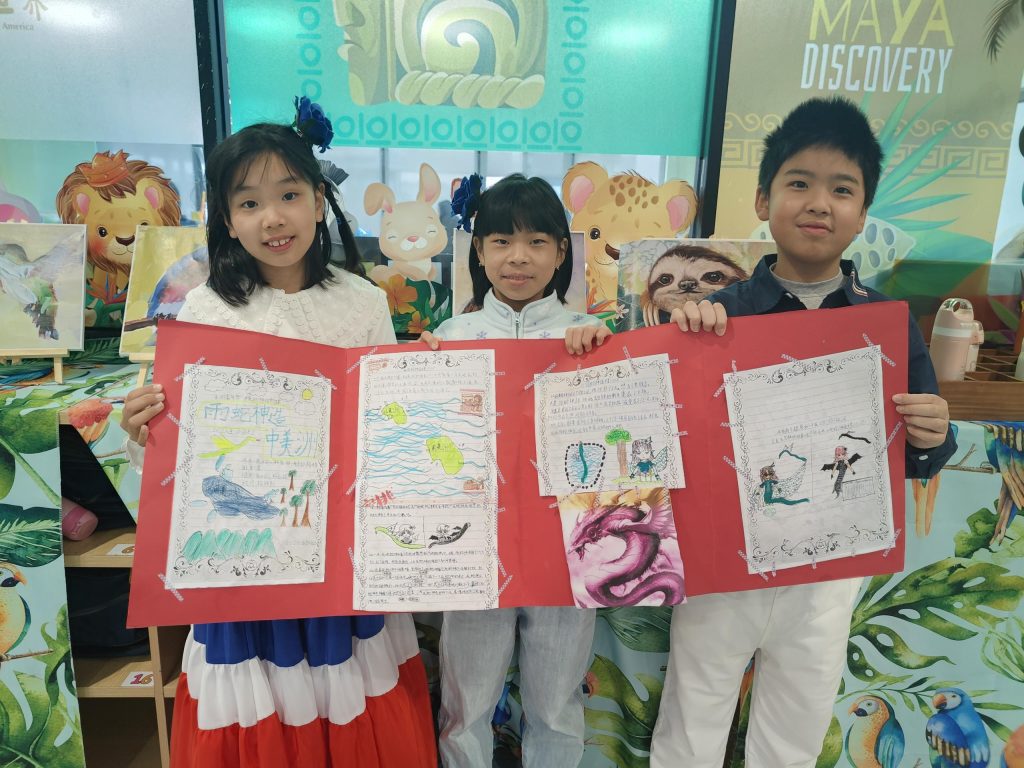 Here our Grade 4 students explored Central American fairy tales with the end goal of creating their own fairy tales, their efforts helping to develop their creative writing skills. Moreover, it aided the development of their knowledge of Chinese mythology and improved their ability to cooperate, practice, and explore topics together from a collaborative standpoint. 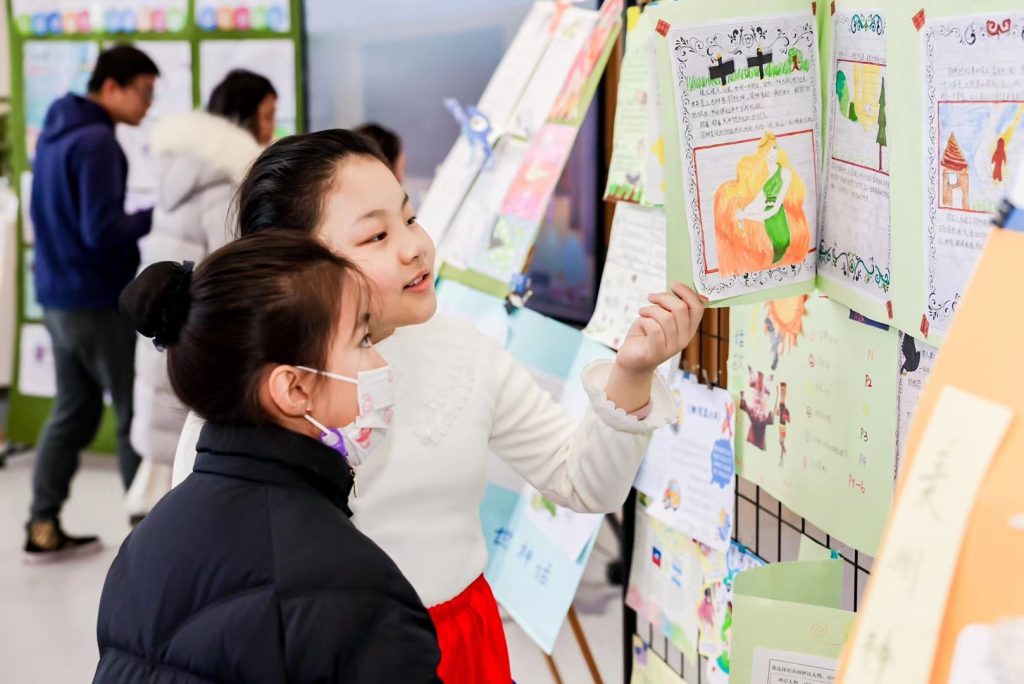 Bridging Mythologies between China and the Americas 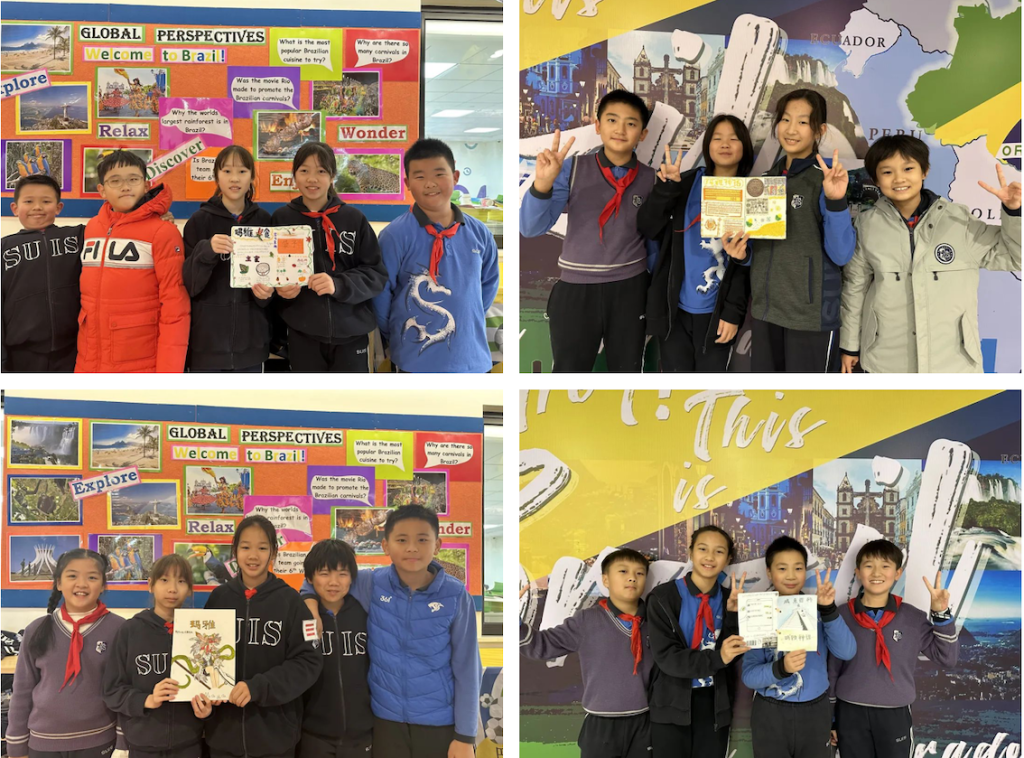 Teachers led our Grade 5 students on an exploration of the Mayans’ geographical environment as well as their historical and cultural background. Students chose their favourite Mayan mythological characters such as ‘King of the Gods’, Kamenpusishenzu, Rao, and Hercules, and compared similarities and differences between these characters and those found in Chinese mythology.

Outside the classroom, our Grade 5 groups cooperated in multiple ways. They explored the popular science encyclopedia of Mayan mythology, going on a journey of comparison between Mayan and Chinese cultures.  Further analysis of stories from Mayan mythology resulted in each student fully immersing themselves in the charm of multiculturalism! The Intercontinental Carnival’s Closing Ceremony was an amazing spectacle and received lavish praise from those who attended and witnessed the efforts and work of our students and teachers alike. Don’t just take our word for it though – here is just some of the feedback we have received from our parents and students. 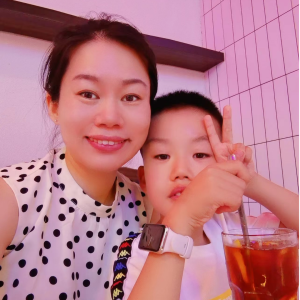 Li Jiahe’s parent from Class 2E:
Our teachers took the children on an exploration of EB Whites’ two novels and helped them recognize the importance of life, continuity, friendship, independence, and exploration. Reading not only provides children with interesting stories, but it also shows us how hard yet beautiful life is! The world is so vast! Through immersive learning, students broaden their mind and vision.

Teacher Kuang guided the children on a voyage of local mythology from the Americas. I remember one time on the way home from school, my child said to me, “We’re going to create a myth from the Americas!” After listening to his initial ideas and at a later point, seeing the end result, I realized he had made substantial progress in his work. As a parent, I am looking forward to next year’s Carnival.

Huang Yiming’s mother from 4G:
As a parent, I really felt the imagination and creativity that emerged from the fourth-grade students’ Chinese and Americas mythology activities. Children learned about customs from the Americas through a multitude of educational styles. This holistic approach improved their interest in reading, and encouraged them to actively seek knowledge, explore the unknown, and think about the future. I very grateful to SUIS Qingpu for creating such a programme! Liang Wu Yichen from 4F:
During the Intercontinental Carnival, Ms. Zhao introduced us to many mythological characters, such as Tiravart, who made Polaris and the South Pole, Missipuzu, the long-horned giant snake, and Grosskapu, the kind and deformed god. The content really captivated my interest. After spending a few weeks reading these fairy tales, I wrote stories about Maize Maiden, Wolverine and Missipezu. Similarly, my fellow classmates also began to write stories. Once finished, we shared and presented our stories to each other in class. Each of us felt a special sense of achievement after completing our goals.

Students from different year grades not only learned important knowledge and broadened their international horizons, but also greatly improved their creative ability, imagination, expression and other core Chinese qualities that encompass the Chinese programme component of the Intercontinental Carnival. We look forward to seeing more wonderful learning performances from our students at next year’s Carnival!